According to information provided by Latvian statistical bureau the number of people who have migrated to Latvia in 2017 amounts to 9 916 people. That’s by 1 571 people more than in 2016. Among those who have moved to Latvia in 2017 for a long-term living are 4 841 from EU-28 countries – this segment constitutes the largest share of all long-term migrants represented in the table, namely 49%. They are followed by CIS country citizens, which are 3 388 people in total or 34%. Those coming from other countries are 1 687 people. 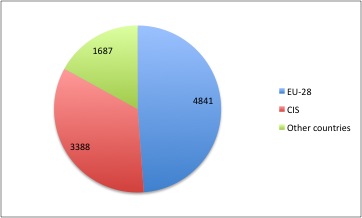 According to the above-mentioned source the most active age among those who decided to settle down in Latvia is 20-29 years old. They are closely followed by the next age group of 30-39 years old people. While other age groups represented on the chart are smaller and quite equal, it is worth to point out that number of children in the age of 0-9 years old among them is quite high – 1 130. That shows the attractiveness of Latvia as a country for moving with kids.

The share of men coming to live in Latvia is almost as twice as bigger than the share of women. This is a positive factor for Latvia, which has a demographic overweight of a female population. 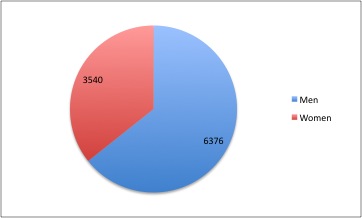 Blog about Riga in Russian